Posted on September 4, 2013 by alonnisos 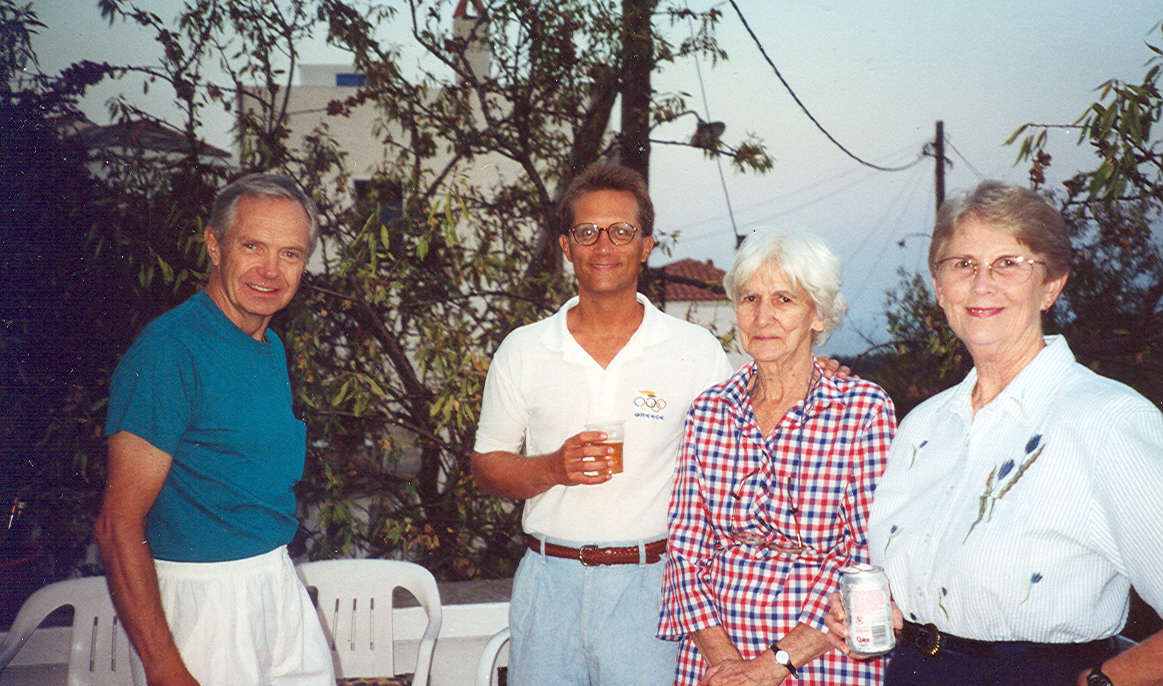 Although the focus of this blog is to provide information about the island of Alonnisos, today (9/4/2013) I feel inspired to post news about the passing of a beloved friend on the island who we originally met during our second trip to Alonnisos. Her name was Pat Fischer (pictured to your right standing next to me), and she and her husband David owned a home in the Kokkino Kastro area for decades. Originally built in the 1960s, at one point many years ago it was in the path of a huge fire that broke out in the hills above Tzortzi Yialo Bay, but miraculously survived intact thanks to heroic efforts on the part of local Greek fire-fighters.

My in-laws originally introduced us to Pat and David during our second visit to Alonnisos in 1998, and over several years we had the great pleasure of spending time with them on their lovely property. They were very friendly and hospitable, and we always greatly enjoyed our visits to the Fischer home.

Pat, David, their children, and grandchildren as well, visited Alonnisos regularly and also introduced many other family members and friends to the island over the years. They had a deep and abiding love and respect for Alonnisos, and during their many trips to the island they truly became a part of the energy of Alonnisos itself. When David passed several years ago, Pat continued to visit the island whenever her health would allow it.

With Pat Fischer’s passing, the island lost a true friend and I know for certain that she will be missed by anyone associated with Alonnisos who had the privilege of knowing her.

This entry was posted in Alonnisos - General. Bookmark the permalink.